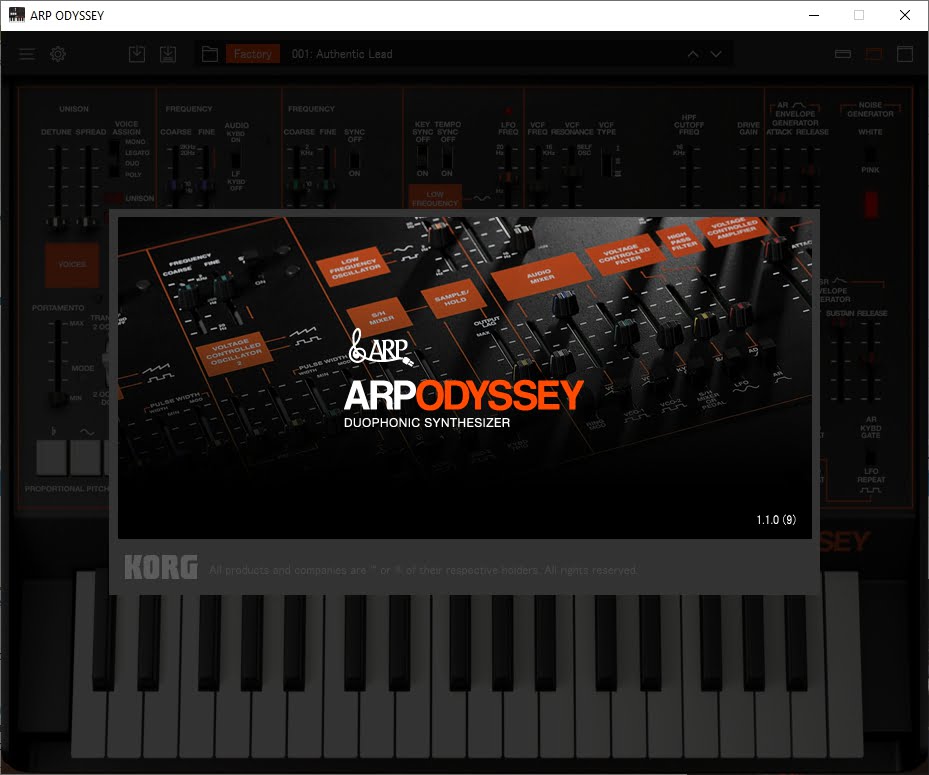 Description : Forty years later, a complete rebirth. A legendary analog synthesizer that changes its own age.
ARP Odyssey was an analog synthesizer originally released in 1972 by the American manufacturer ARP Instruments, Inc., which quickly gathered loyal followers among the musicians. With ease of use and mobility, ARP Odyssey underwent several improvements throughout its history and continued to be produced until its production ceased in 1981 due to economic difficulties and a digital surge. Loved by a wide range of musicians as a historical classic, his sound can be heard in numerous classical songs.
KORG completely reproduced the original scheme for artists who want to recreate classic sounds and get new ones.