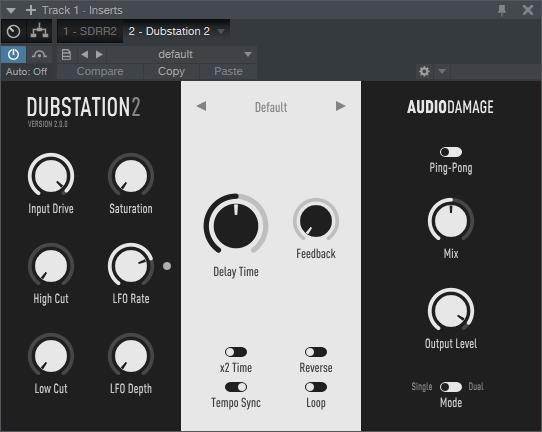 Description: Original dubstep delay plugin. Dubstation 2 has become our most popular product and provides a host of new features including dual mode for separate left and right delay time control, ping pong, a new saturation feedback algorithm and LFO. Dubstation has been a plugin for over a decade that has been used on thousands of commercial tracks and for good reason.

New in version
Changes in v2.1.1
> Windows 32-bit version removed (RIP). Dubstation is now 64-bit only on all platforms.
Fixes in v2.1.1
> Channel configuration improved to deal with a bug that mainly expressed itself in the VST3 version in some hosts, but may be present elsewhere. If you had any problems with Dubstation not sending audio out one channel, this will probably fix it.