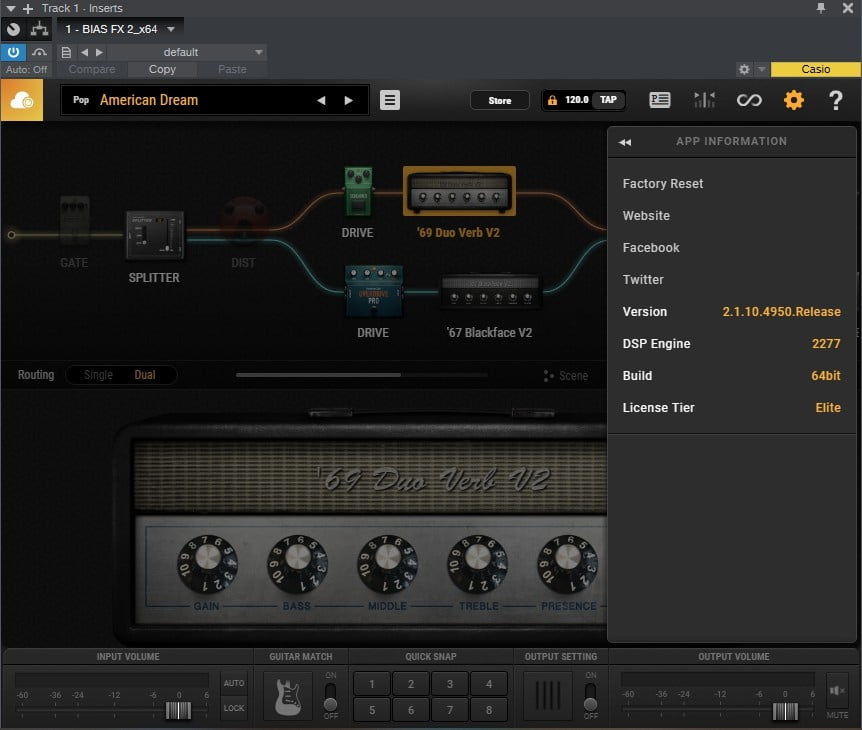 Description: Positive Grid BIAS FX 2 – an updated version of the guitar emulator
Positive Grid announced the release of a new version of the popular BIAS FX 2 emulator. The program received an improved DSP engine, a redesigned interface, and a set of new amplifiers, cabinets, pedals and effects. The BIAS FX 2 engine is based on AMP 2 and provides the most realistic sound that recreates the dynamics and characteristics of various guitar equipment.
The technology used for emulations accurately simulates the behavior of all internal device components, including transistors, resistors and lamps. An interesting innovation of Positive Grid BIAS FX 2 is the Guitar Match function, which allows you to apply the characteristics of other guitars to your instrument, with full modeling of sensors, strings, etc. According to the developers, the idea is that in the studio you no longer need to use several guitars for Recording songs, just apply Guitar Match, which converts the sound of your guitar into another instrument.
The program includes 200 new presets, each of which has 4 sets of scenarios, including different settings that can be instantly switched. This option can be very handy for recording or live performances. The plugin also added 8 new processors, 100 amplifiers, 100 new effects. Other innovations of BIAS FX 2 include: support for MIDI automations, the ability to copy the sound of pedals and effect chains, a BIAS Pedal plug-in for creating your own pedals, a built-in recorder, a set of Celestion Inside cabinets, search by tags.