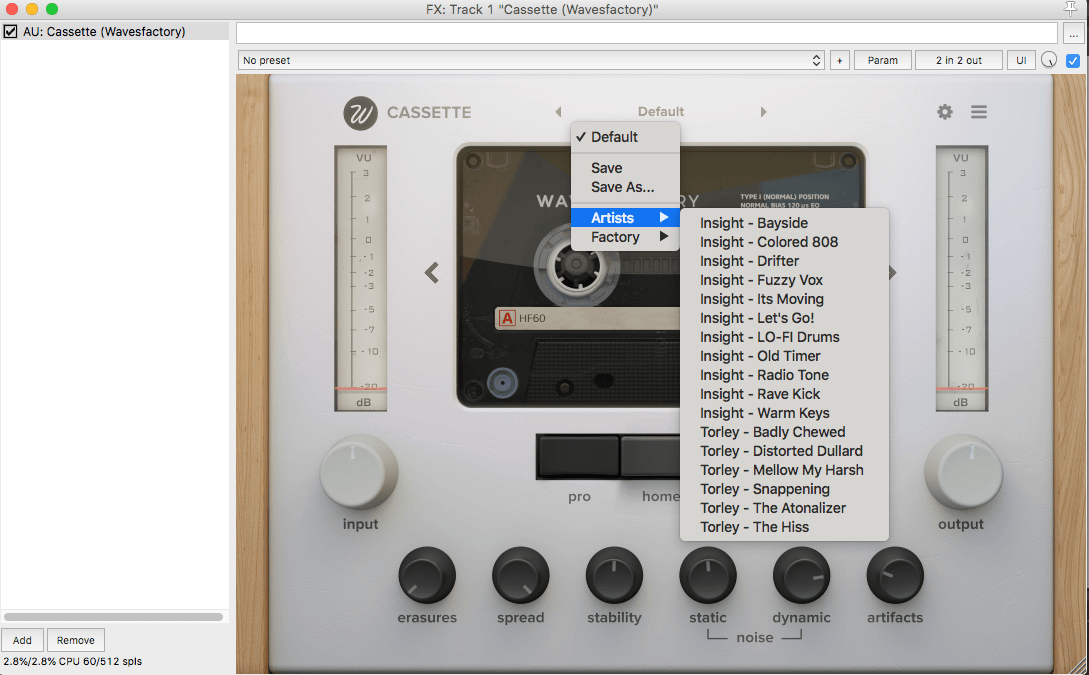 Description : Simulates recording on a professional tape recorder, home stereo system and portable recorder.
The plugin offers a wide range of settings to give the signal a vintage and imperfect sound. At the same time, the quality of processing directly depends on the settings, and Cassette can be used as a tool for decoration or signal degradation.
The capabilities of the plugin are in no way inferior to the more famous and common emulators from IK Multimedia, Klevgrand, AberrantDSP and other developers. Wavesfactory Cassette users can choose the type of cassette and film used, as well as one of the three options for sounding a virtual deck – Pro, Home, Micro.
Separate controllers control the sticking of the film, its degradation, as well as the amount of noise and artifacts during playback. According to the developers, the plug-in is capable of giving any sound to the recordings: after processing, the signal can sound like a high-quality recording of the best cassette recorders or as a draft mixtape hastily recorded on a portable player.
All changes are displayed in the Cassette interface, which photorealistically repeats the cassette deck (the cassette rotates when a signal passes, yes). To get started, the plug-in provides a set of presets that simulate the operation of various recorders and change the degree of signal distortion