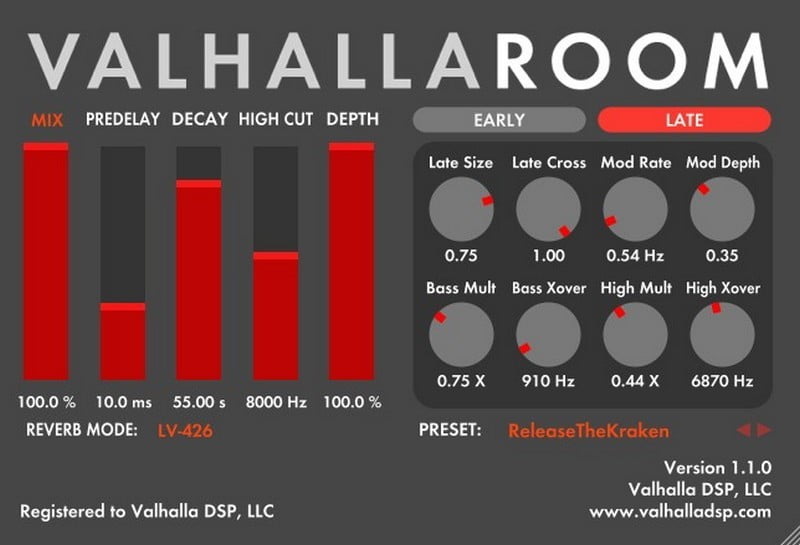 ValhallaRoom v.1.1.0 – ValhallaRoom is a versatile, true stereo algorithmic reverb. It features eleven original reverberation algorithms (including the latest Dark reverb modes, Nostromo, Narcissus, Sulaco and LV-426), and produces a wide range of natural reverberation sounds.  Sounds range from tight ambiences and rooms, through traditional hall and plate sounds, all the way up to vast modulated spaces. The algorithm designs have been influenced by some of the “classic” room simulation boxes, as well as state of the art modern theory.

ValhallaShimmer v.1.0.2 – ValhallaShimmer is an algorithmic reverb designed for BIG sounds, from concert halls to the Taj Mahal to the Halls of Valhalla. All of the sliders have been designed to be tweaked in real time and have a smoothed response to avoid clicks when changing settings or automating the controls. At the same time, the algorithm has been highly optimized, so you get a huge reverb sound without straining your CPU.

ValhallaUberMod v.1.0.1 – ValhallaUberMod is a unique mutltap delay and modulation plugin. With up to 32 modulated delay taps, extensive diffusion and overdrive sections, and parallel slow and vibrato LFOs, berMod can be used to create lush dimensional choruses, classic string ensembles, tape and BBD echoes, nonlinear and reverse reverbs, and a bunch of sounds that defy categorization.

3. If links still NOT OPEN you can try install Universal Bypass Addon for Mozilla or Chrome (for bypass the shortlink or because IP restricted)

4. And don’t forget to install the torrent software first.

We Do Not Support War For Any Reason 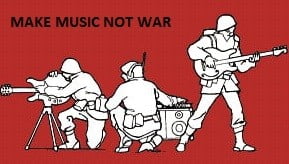