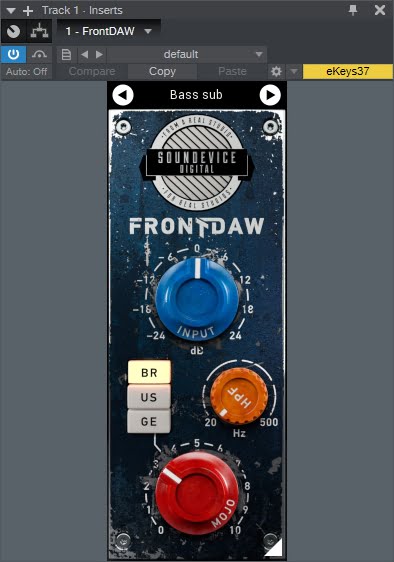 Description : The digital world, with its clarity and accuracy, lacks some of the atmosphere of the old days. That’s why the English producer and remixer Greg Brimson, also working on the United Plugins engine, came up with us with his idea for a dream plugin. “Create an entry door for each entry and name it Front DAW, guys,” he said, “so that each track has a real analogue entrance.” Thanks to him, you can turn your DAW Mixer into a real analogue console.
Each track is different from VARM
Not only Greg needs to use our variable random analog simulation technology. VARM is a technology based on knowledge of the chaotic behavior and randomness of the analog world. Thanks to VARM, each instance of the plugin acts a little differently. VARM simulates the randomness of subtle differences in the values ​​of electrical parts – just like in real electrical units and real console channels.
Three types of saturation.
The BR / US / GE buttons represent three types of analog circuits that you can select. BR represents the classic thick British consoles, USA – the legendary and impressive American style. Switching to GE will give you the velvety sound of a colorful vintage German lamp console.
Mojo
Turning the Mojo knob allows you to determine how saturated your tracks are. The effect is rather thin and soft, because Front DAW is designed for simultaneous use on many tracks. You don’t want your mix to be dirty?