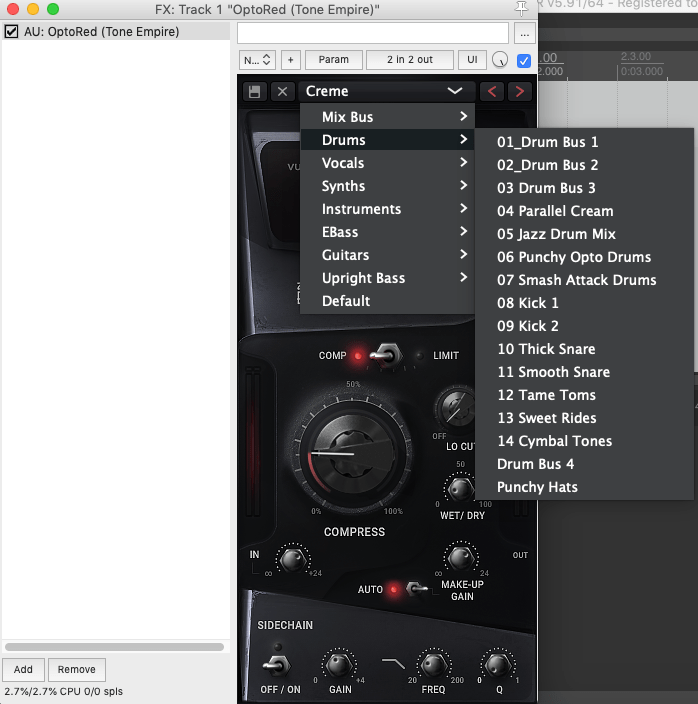 Description: OptoRED is a transparent optical attenuator (compressor) based on the classic American device used in countless hit recordings. This is part of our new series Improved Classic
Compression is one of the most important tools in the arsenal of an engineer, music producer and performer. It is now a device that far surpasses its original goal of automatically controlling sound levels.

Today we use various types of compressors to create the vibration and feel of our instruments, percussion, drums and voice. Digital and analog compressors have come a long way, but some classics are still preferred even today because they are now so much part of a genre or musical style that they are now considered musical instruments in their own right.
At Tone Empire we are inspired by these classics, but we strive to provide advanced functionality to today’s musicians, engineers and producers working on advanced systems and needing more flexibility and expanded tones.