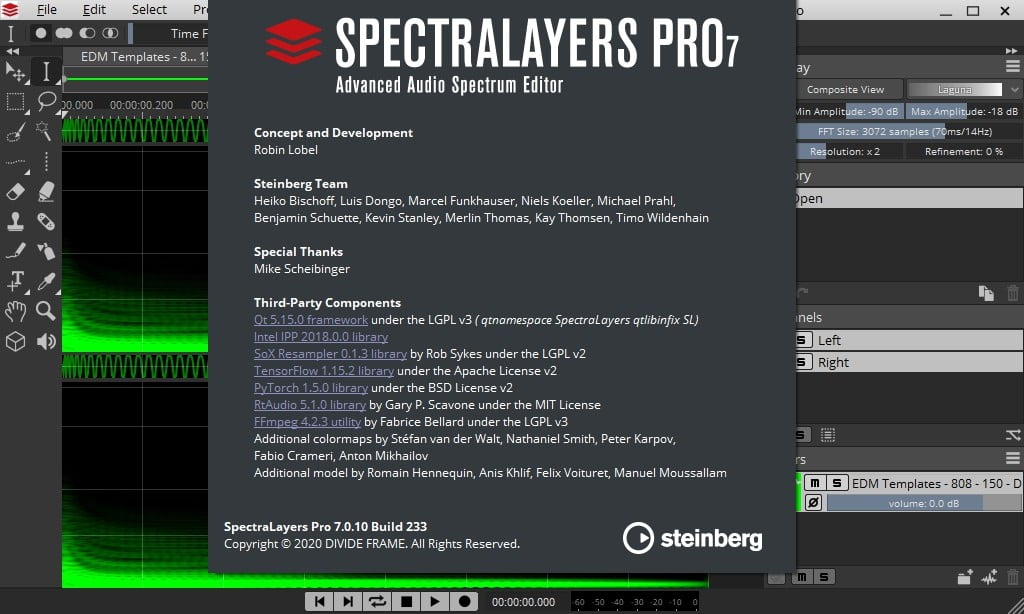 Description: Steinberg released a new version of SpectraLayers Pro, designed for editing the spectral component of audio tracks. The application can be used at certain stages of mixing / mastering, as well as to restore the sound information of tracks.
Steinberg SpectraLayers Pro has a new engine, an improved interface with additional windows, new tools for spectrum editing, a redesigned hint system and support for the ARA format, thanks to which the program can be used in Cubase and Nuendo workstations. The application allows you to change the structure of the audio signal through visual graphic editing. Users can adjust specific areas / portions of the spectrum and draw with special tools.
A total of 22 different tools are available in SpectraLayers (sets of brushes, paints, etc.), as well as editors for frequency, amplitude, time. At the same time, the ability to preview the sound, taking into account the changes made for each separate area, is available. Other features include: auto-highlighting, layer creation, a set of effects for signal restoration, ASE compatibility, sound protection from changes, support for integration with Melodyne and WaveLab.