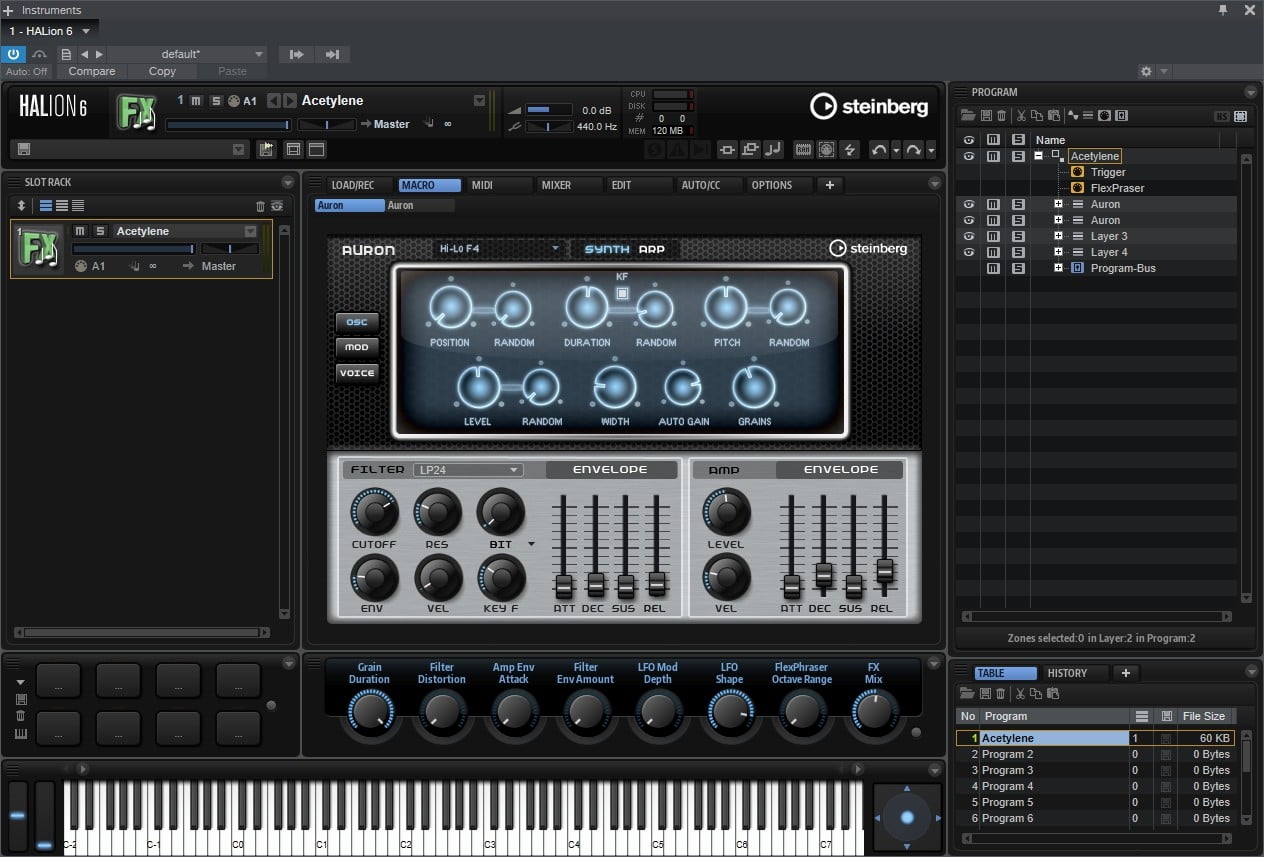 Description : HALion covers the complete creative process of working from recording and editing samples to programming advanced synthesis and modulation settings. Use HALion to create customizable user interfaces and export ready-to-release tool libraries with every step that has been optimized the most.
A powerful set of oscillators for seamless sample playback, as well as next-generation synthesis make HALion a versatile creative tool in any situation. Its wide library includes thousands of high-quality and deeply sampled instruments and the most modern synthesizer sounds for all kinds of musical genres.

Removed invalid Template parameter
from the Template properties in the Macro
Page Designer.
Quick control
assignment
Fixed issue where Quick Control assignments
were broken when exporting a program
as a HALion Sonic SE layer.
Wavetable Removed audio clicks which occurred when
reaching the end of the
envelope with wavetable playback.
Wavetable Fixed crash when replacing the second wave
in a wavetable.
Scripting Fixed lua wait () function, which could produce
an overload after a longer system-up
time (Windows).
MPE in Standalone Removed MPE option from Standalone.
MIDI Channels in
Standalone
Fixed Standalone behavior where all MIDI
channels were mapped to MIDI channel 1.
Quick Controls Fixed issue where it was not possible to
assign a parameter to Quick Control 1.