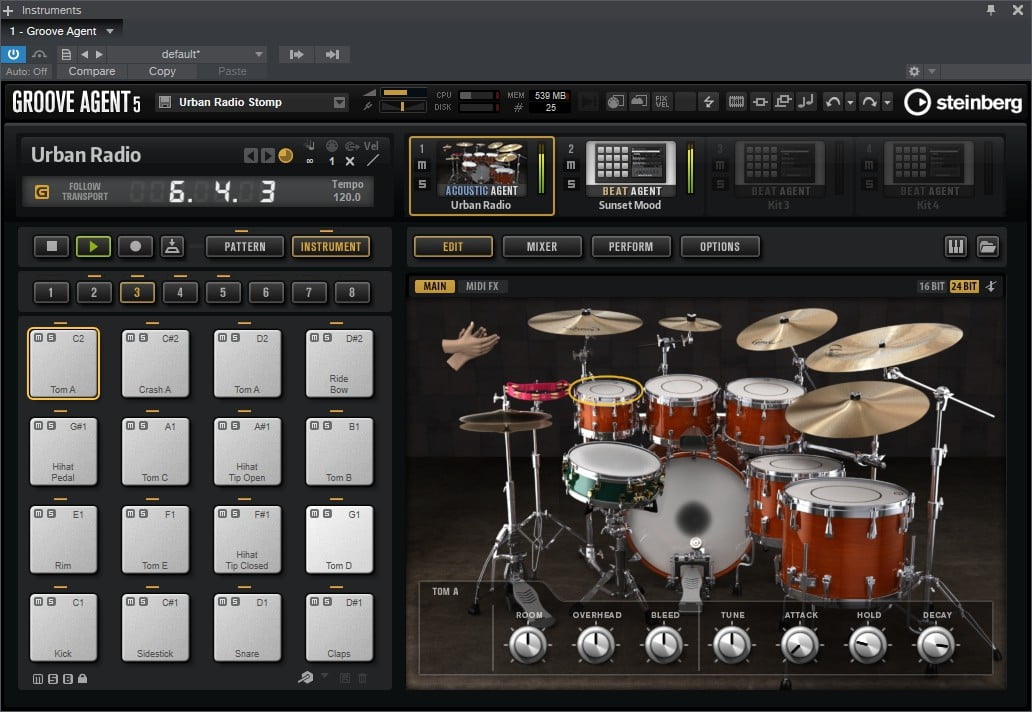 Description : Make your beats with the best creative drum software – Groove Agent
Created for both composers and beatmakers, Groove Agent 5 includes the very best electronic and acoustic drums. One of the largest acoustic drum kits ever featured in the Groove Agent combines with a wide selection of modern drums, modern electronic drums and MIDI grooves, providing an inspirational rhythmic instrument for producers in any genre – from jazz, funk and rock to trap and EDM. Support for VST and AAX plugin formats means that Groove Agent 5 can be used with almost any DAW.