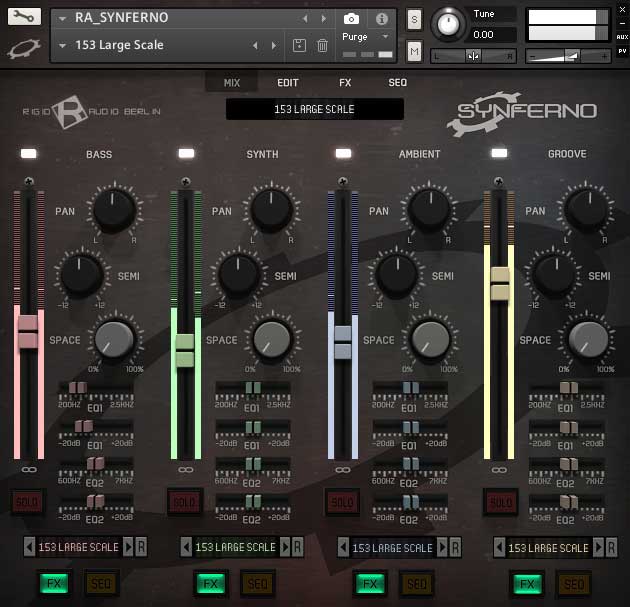 Synferno is a cinematic Sound Module containing 300 different kits that can be played in tandem across 4 categories (Bass, Synth, Ambient and Groove). The 300 Kits can be loaded by dragging and dropping the separate *.NKI files or by using the snapshot function.

Loops can be played polyphonically timestretched within a range of two octaves (24 semitones). Each part has it´s own color-coded range on the keyboard. You can alternatively play the loops sliced using the “SLICE” button in the SEQ page. There are special MIDI trigger keys/notes that enable you to turn on/off the FX per part, retrigger a currently playing slice (when sequencer is turned on) and to trigger a volume (“trancegate”) per part.