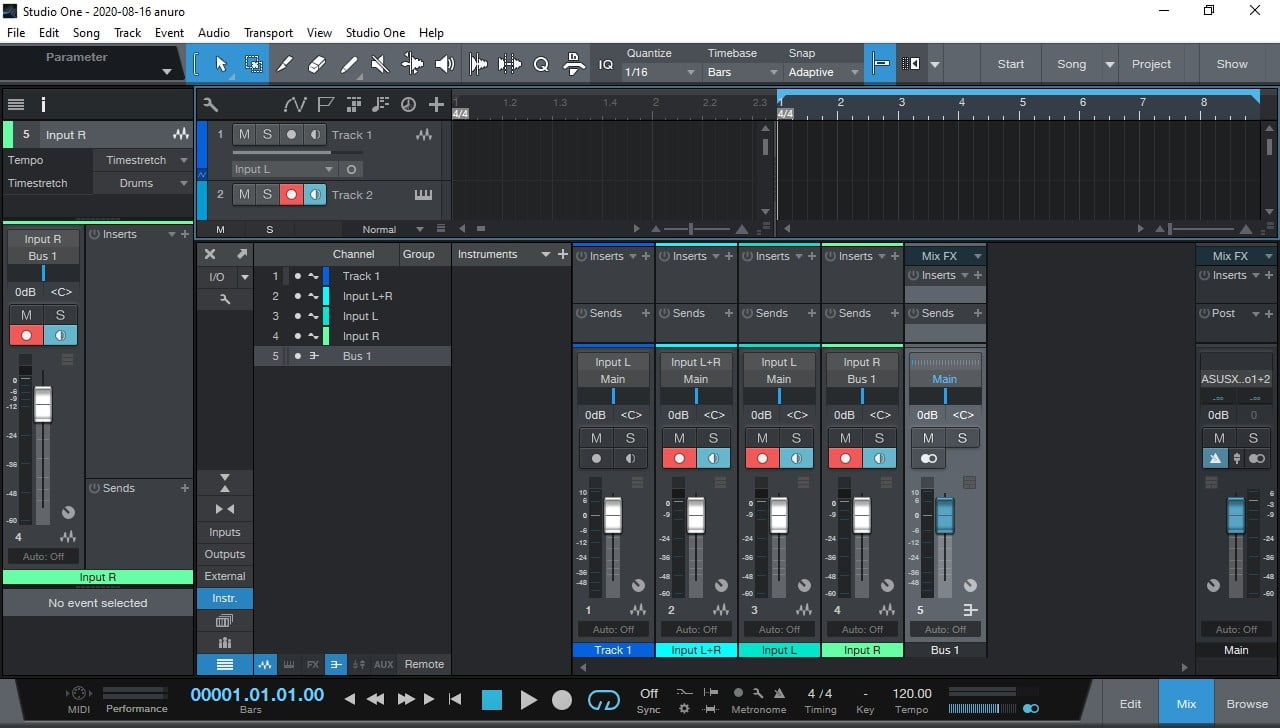 Description: PreSonus Studio One 5 will add many cool features for performers, composers and producers Great DAW will get even better.
PreSonus has announced the upcoming major DAW update PreSonus Studio One 5 to mark the 10th anniversary of the music recording software. According to the developers, the fifth version of the popular program “brings together user needs and our sense of innovation.”
Among the new features of the program, there are new functions that will be useful to performers, composers and producers. For example, performers will receive a new Show Page, and composers will receive an updated Score Editor. In addition, all stock plugins in Studio One 5 will receive a completely new interface designed to make interaction with them easier and more efficient. It will not do without new treatments and effects.
The program will also include synchronization with MIDI timecodes, a special bus for listening to the Listen Bus and new AUX channels. The developers promise to add envelopes for clips, Keyswitch articulations and extended scenes in the mixer.
What’s new in PreSonus Studio One 5
The new Show Page performers’ workspace combines the ability to play back tracks and work with virtual instruments in a single window. Channel Strips, mixdowns and virtual instruments can be exported directly to the Show Page. Setlists with the ability to change the order and skip files will also appear here.
Show Page will get its own full-screen window with a responsive interface and controls that change the scene in real time. According to the developers, live sets in the new mode will become simple and flexible, regardless of what you are working with – with backing tracks, effects or virtual instruments.
Especially for composers and arrangers, the developers have created a new Score View in the music editor. The mode repeats the one in the PreSonus Notion score editor. Score View can work in a separate window or in split screen mode with Piano View and Drum View modes. This allows users to use Score View on one track and Piano / Drum View on another to independently edit the score. Score View is equipped with basic musical symbols. According to the press release, notes can be entered manually, in real time or in step recording mode.
In terms of native stock effects and plugins, PreSonus Studio One 5 will offer an updated interface for all treatments. Externally, the plugins will become cleaner, as well as get a light and dark theme, which you can switch between independently. In addition, all plugins will acquire a number of new features.
So, for example, dynamic effects in Studio One 5 received sidechain inputs. Filter plugins have learned to filter the signal at the sidechain inputs, which gives more control over the sidechain signal. Drive treatments now have a State Space Modeled section for natural analog signal saturation. Equalizer Pro EQ received a linear-phase cut filter, a new option for displaying signal information, as well as input and output signal level meters with additional settings.
Especially for producers, the developers have expanded the functionality of the scenes in the mixer. The DAW now allows you to save snapshots of all mixer settings at any time, while there are several options for recalling snapshots. For example, producers can pull the settings of only individual tracks from each shot, and combine them with the current parameters of the tracks in the project.
Also, a special Listen Bus has appeared in the mixer, which allows you to monitor the signal through an independent output channel. The same bus can be used for A / B-check of the mix: users can place any plug-ins on it without worrying about critical changes in the sound of the composition.
Other interesting innovations include the Clip Gain Envelopes function, which provides an additional layer of gain control for the audio clip. According to the developers, the function is useful for correcting too loud or weak sections of audio files without using dynamic processors.
In the fifth version of DAW, the AUX inputs will be able to accept external audio sources. Thanks to this, third-party real instruments will work without a separate channel in the project, and interaction in the DAW with them will resemble working with virtual instruments. The developers also note that Studio One 5 will learn to record audio in 64-bit WAV, will receive full support for MIDI MPE and MIDI Poly Pressure, MIDI timecodes. The program will add cross-platform support for hardware graphics acceleration.

Release note :
PreSonus put new protection for PreSonus Sphere and StudioOne V5. The license
system can be said to be very modern format which combining JWE and JWT. This
was another challenging task for us – but here is the result
We completely reworked the whole keygen while keeping the compatibility with
our old StudioOne releases. Now keygen contains all extensions currently
available.
For an igonorant: Even old StudioOne is not easy to be keygened.

* All launches of installations, Kidens, patchers are made on behalf of the administrator for any installation and activation. Nowhere and no folders from where / where the installation will be carried out all the way, throughout the address, should not contain Cyrillistic signs. Also, the computer name and account must be in Latin. You must be an administrator on the system .
The previous version is not necessary to delete.
After installing the program run. Further: 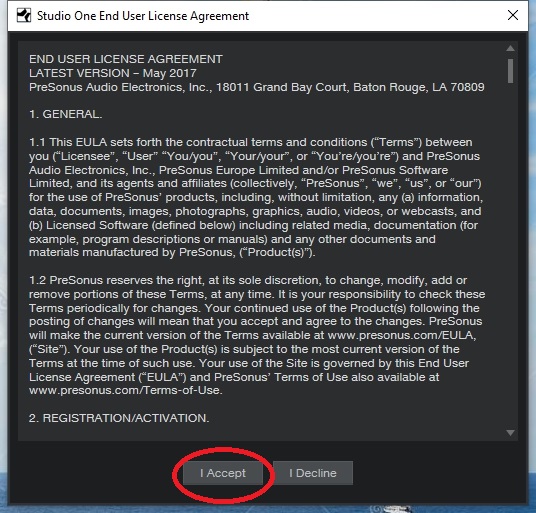 A window will appear that just needs to be closed: 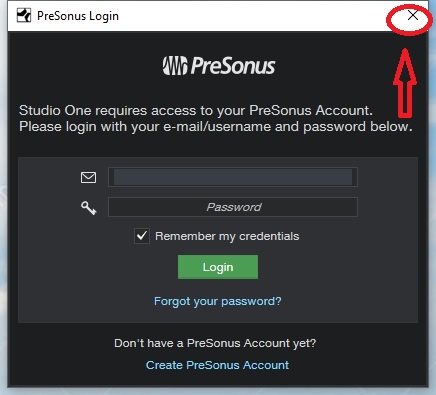 Another window will appear in which to select offline activation: 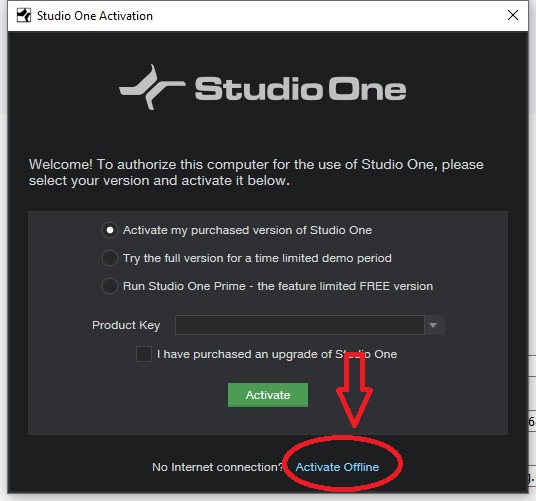 Copy activation code
On behalf of the administrator, launch Kijen, insert the Activation Code in the Machine ID field, click on Generate and save the generated license files on the computer (for example, on the desktop).
Return to the program authorization window and download the license file called Studio One 4 Professional : 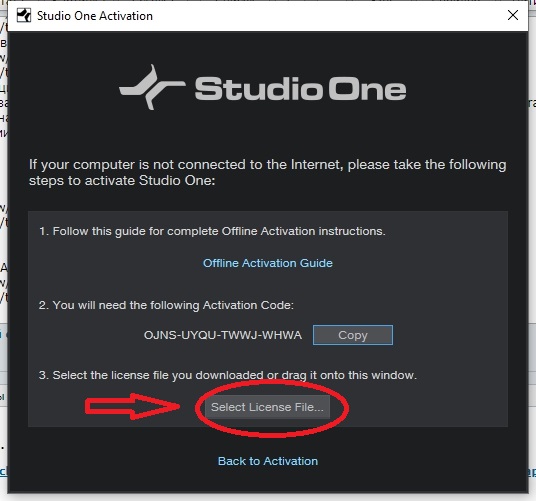 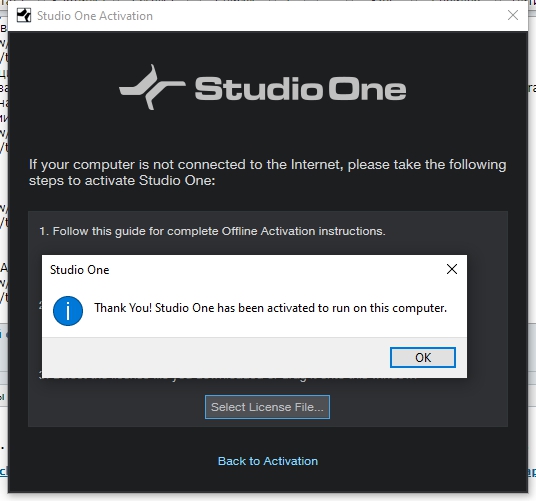 After that, all license files can be deleted. It is advisable for the program to block access to the Internet (not only to its site) through a firewall.
Tip for mac OS users : if you are not going to use the WIN emulator for other purposes than to run WIN from kijens, you can quickly, easily and conveniently do this using the KeyGen Runner for Mac program. After installing it, send a shortcut to your desktop. Now you can run any kijen for WIN simply by dragging it onto this shortcut.