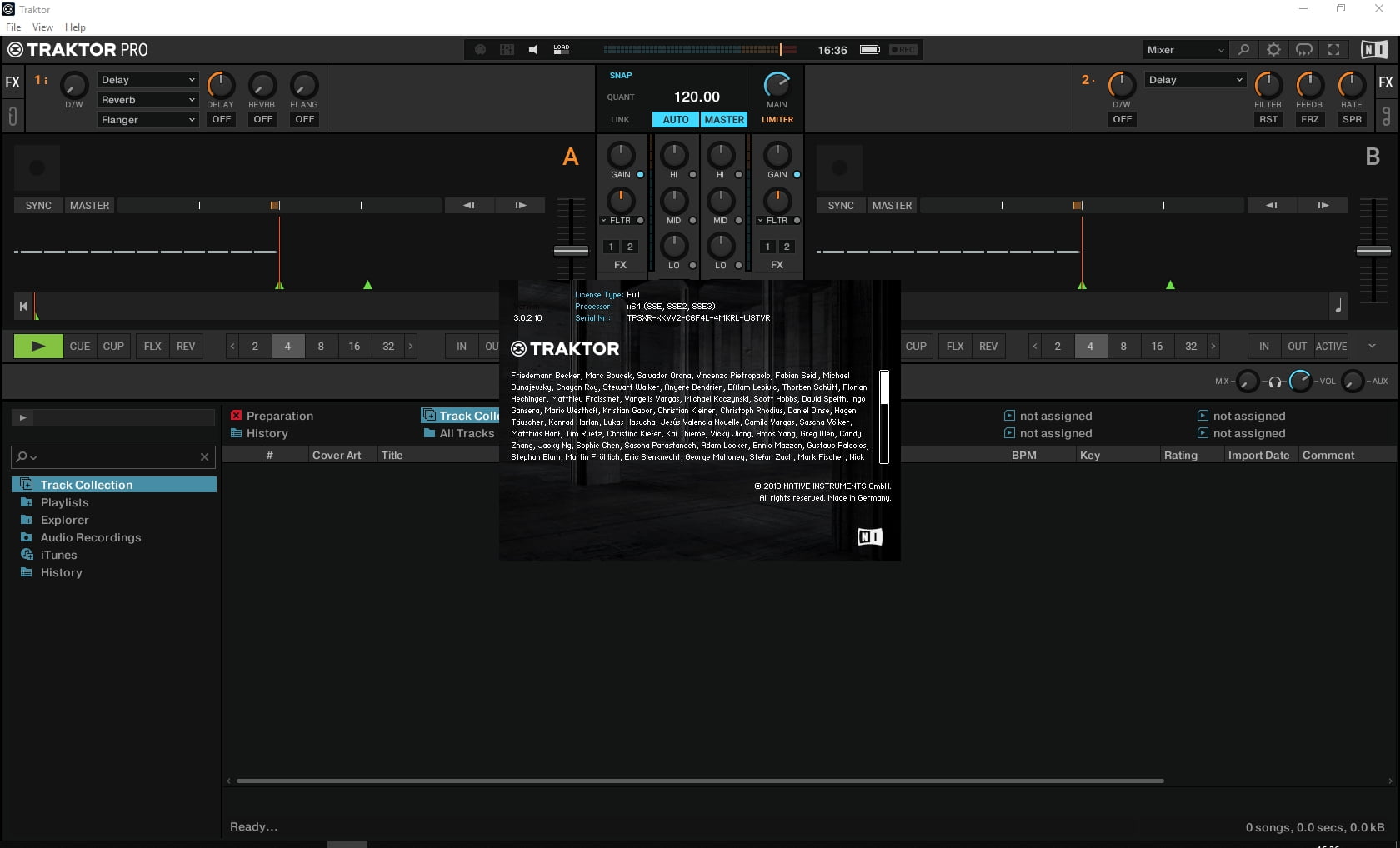 Description : Since the release of the first software for DJs from the company Native Instruments in 2000, many years have passed. And now the manufacturer announced the release of the new version of the program Traktor Pro 3. Traktor Pro 3 for today: increased stability, an updated graphical interface, higher sound quality, a new time-stretching, an improved limiter, and much more. The user interface has become more readable and convenient. The color scheme is more contrast, removed light gray elements. A new mixer was developed with eight additional effects and three filters, altogether more than 40 different effects. Also, a new algorithm for Elastique 3 time-stretching has appeared. The TraktorScratch option for scratching vinyl timecode now comes with Traktor Pro 3 and can use any sound card to work.
Traktor PRO 3 is a virtual DJ studio endowed with key capabilities of its physical counterpart. This product was developed by Native Instruments, which is one of the market leaders in music software. It supports current audio formats, providing the ability to record, mix, create remixes. The interface is made in a realistic style and fully corresponds to the real equipment. Each user can customize the appearance to fit your needs. You can use two or four disk decks. There are all the necessary controls, equalizers, filters.
The program is focused on DJs, but due to its simplicity and convenience it will help to realize the creative potential of ordinary users as well.