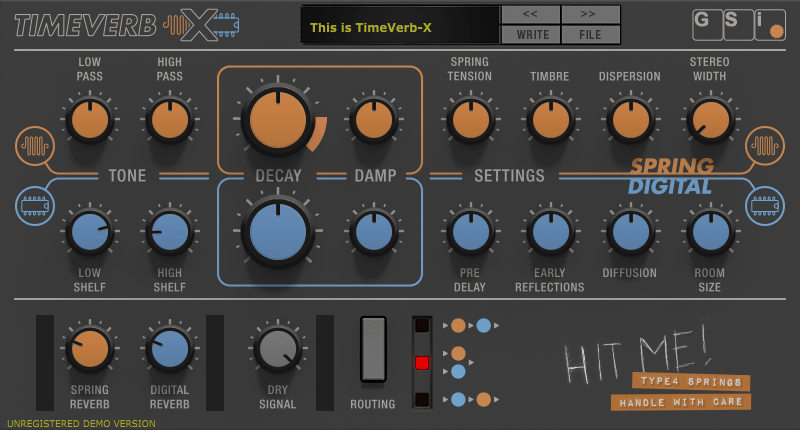 Description : TimeVerb-X is a new GSi plugin that combines the “classic” GS4 Type4 spring reverb, first released in 2008, and the new algorithmic digital reverb. The Type4 spring reverb emulation was originally inspired by the Accutronics Type 4 reverb tank, similar to those used in the Hammond classic organs of the A100 series, also used in many well-known electric guitar amplifiers. Instead, digital reverb was first developed for the GSi Gemini sound module, but was also included in some Crumar hardware tools. Both effects were slightly expanded and improved for the release of TimeVerb-X, as the spring reverb now has self-oscillating feedback attenuation and a stereo width adjuster, while digital reverb includes an early reflection section that was not present in the original design. Both reverbs together create great sound in parallel operation and create some interesting atmospheres when working in the series.