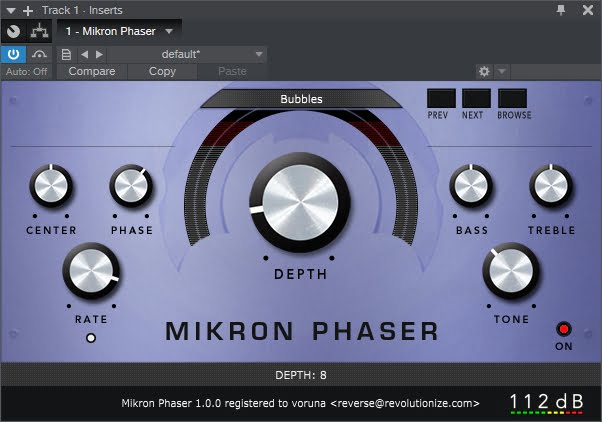 Description : Virtual simulator of the pedal phaser Electro-Harmonix Small Stone
The effect became especially famous thanks to the French composer Jean Michel Jarre, who widely used it in his recordings as an effect for a synthesizer. But, of course, it was used by countless legendary bands and on the guitar. If you ask us, Small Stone Phaser is without a doubt the best phaser ever made. It has a smooth, vibrant seventies sound that never expires, and is equally suited to guitar and synthesizer, and let’s not forget the bass.
While we tried to reproduce the original Small Stone Phaser sound as accurately as possible, we also added some modern details. First of all, it is stereo. Secondly, you can set not only the LFO frequency and phaser “color”, but also adapt the center frequency, degrees of phase shift of the LFO, and the degree of modulation of the pitch up and down. And finally, the bass and treble controls are a good addition, which sometimes helps to get the “right” sound to make it a little better suited to the mix.
For all fans of Jean Michel Jarre: use Mikron Phaser with Mikron Orbiter to get the typical synthesizer sound of Jean Michel Jarre from his first albums Oxygène and Équinoxe