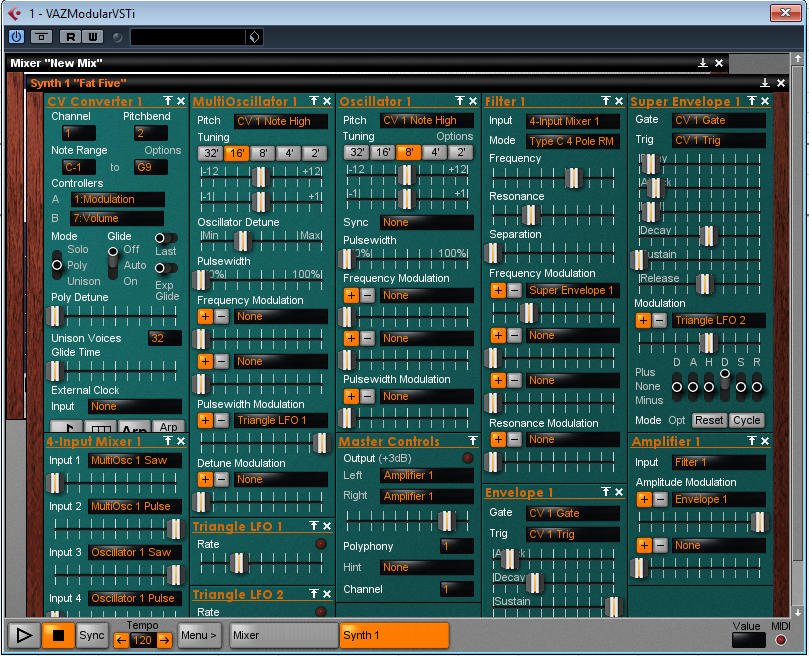 VAZ Modular is a VA modular softsynth designed to allow an immediate workflow similar to an analogue modular, but with the additional ability to add and swap around modules on the fly. Over 120 modules are included, covering a broad range of VA features but also digital emulations such as phase modulation and phase distortion oscillators, sample, wavetable and granular timestretch playback. Recent additions include a series of West Coast-style modulators including Slope, Stepped and Smooth.