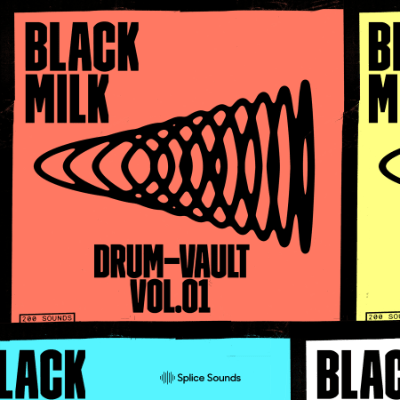 Description: With over a decade and a half in the industry and a rich catalog of recordings, Black Milk has successfully grown from one of the youngest sensations of hip-hop to a proven virtuoso with a uniquely versatile pedigree of producer, rapper and performer.
His latest EP, DiVE, released in 2019, is one of his most inventive works, in which he is “deeply immersed in soft grooves, soothing rhythms and wavering melodies” (exclaim.ca). In this set you will find similar soothing sounds, perfect for any chill hop, hip hop, trip hop or rap style.
In addition to five solo rap albums and one instrumental, Black Milk has collaborated with Danny Brown, Guilty Simpson, Sean Price, and Jack White. Production highlights include work with Danny Brown, Kendrick Lamar, and Earl Sweatshirt (“Really Doe”), as well as recent songs for Mick Jenkins and Marlon Craft.