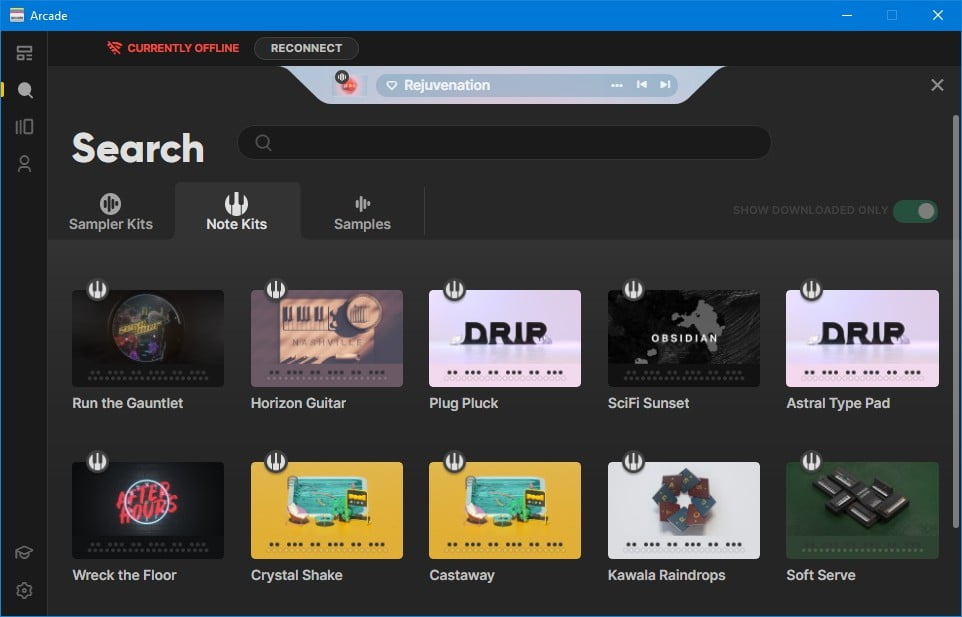 Description: Output Arcade is a cloud-based loop tool. A new approach to working with samples.
Output has released an unusual synthesizer called Output Arcade. The instrument has an interesting approach to the principles of working with virtual synthesizers.
The Arcade sound is based on loops from the cloud library, accessed via a paid subscription ($ 10 / mo). After starting the synthesizer, the user selects a set of sounds and begins to independently shape the sound of the instrument. You can change the sound with 11 built-in effects and modulation capabilities.

Further work with the synthesizer also differs from the usual scheme, in which the keys of a MIDI keyboard play the same sound with a semitone rise. Instead, the white keys are responsible for triggering various loops, and the black keys change their sound.

The loops in the cloud library are accessed through the built-in browser. All content is divided into three categories (Product Lines, Kits, Loops), and you can search for suitable sounds by tags or keywords.

The synthesizer comes with several sets of sounds (Kits, 15 loops each). There is no point in talking about their universality: the developers focus on the ability to create a synthesizer for themselves based on the proposed loops. If there are no suitable sounds in the catalog, the user can import his own content and process it using Arcade tools.
Explanation: the ARCADE LiBRARY CONTENT folder contains the libraries for the instrument in zip archives. You DO NOT need to unpack them! This is a prerequisite for successful library import.

Release note :
Those who have already downloaded the previous version 2.0.5 do not need to download the entire distribution. You need to download and install only the update for your system, which is located in the UPDATE ONLY folder