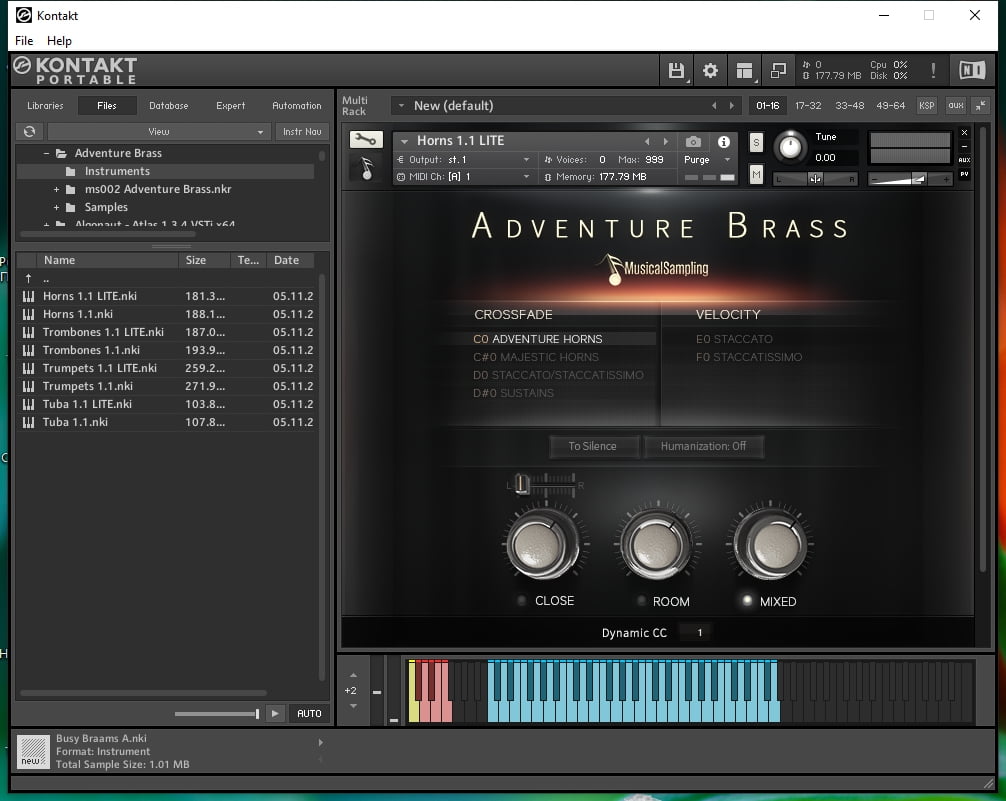 Description : “Adventure Brass” was recorded on “The Bridge” in Los Angeles, a famous scene that, since its opening in 2010, has oversaw various projects on television, in movies and in games.
Starting with the very best in Los Angeles, the goal of this release was to create a true brass library that would be fun to play in the first place.
Using our Morph Stacking programming techniques, Adventure patches let you execute lines on the fly without switching keys. Combined with two intuitively programmed attack options, the ability to spontaneously create bold copper melodies has never been so easy.
We recorded medium-sized sections designed both in unison and for harmonic passages with plausible transparency, even when moving between dynamic layers.

+ Adventure and Majestic Patches are now up to 2.5x more efficient with polyphony than the original versions.
+ Included LITE patches of each instrument, which deactivates the release triggers and cuts down the overall polyphony count up to an additional 33% with the Adventure, Majestic and Sustain patches.
+ Vastly-improved performance with Kontakt AU in Logic.