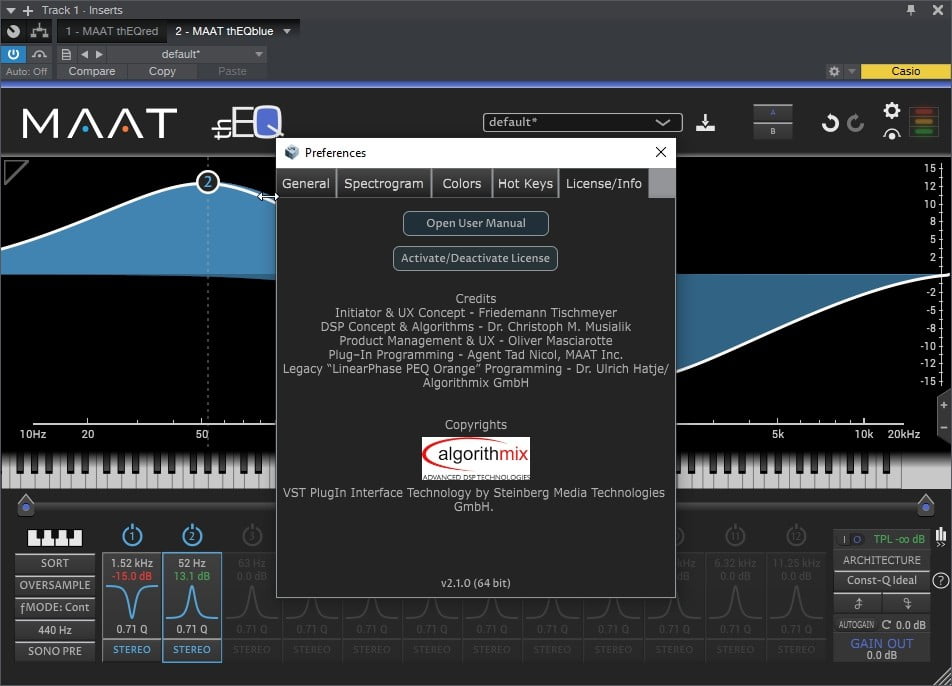 Description: MAAT thEQblue: 12 parametric equalizers in one VST plugin. Casts of the characteristics of well-known hardware equalizers, 12 custom bands and nine filters.
MAAT studio released thEQblue VST-equalizer, which is very different from other equalizers, which entered the market earlier from under the keyboards of various developers. MAAT thEQblue combines 12 different parametric equalizers in one plugin and, according to the creators, “offers the best of the digital and analog world.”

Equalizer authors say thEQblue “takes analog sound to the next level.” To combine 12 equalizers in one plug-in, the creators analyzed many well-known hardware equalizers in order to recreate their sound characteristics with the highest accuracy. The plugin offers a clear and simple interface that displays all signal changes on a spectrogram that changes in real time.

MAAT recognizes that thEQblue does not work by modeling the sound aspects of real equipment, but relies on the so-called “perfect digital versions” of equalizers – a kind of nugget of characteristics. Due to a slightly different approach to work, developers call the different modes of the equalizer “architecture” or “topology”. Using casts allowed us to get rid of analog artifacts like noise or distortion and offer users a plug-in with the most neutral sound.

The names of the topologies do not reveal details about the basis of which equalizer this or that mode of operation is created. Topologies themselves are named like Const-Q Asy R and Parallel FF-FB. Each of the architectures offers 12 fully customizable bands, on each of which nine types of filters are available. The bands can work in one of five modes: Stereo, Left Only, Right Only, Mono, Diff.