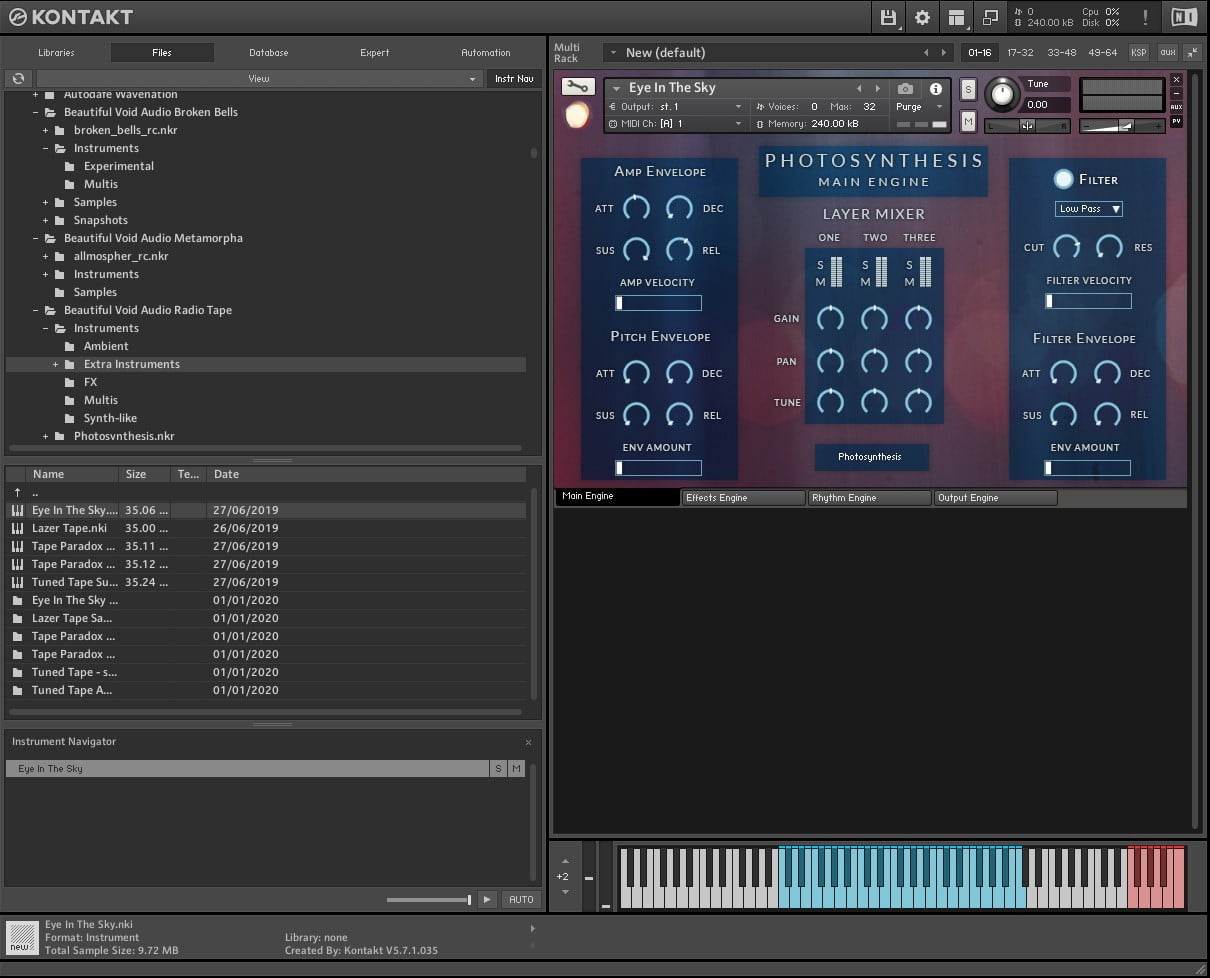 Description: A collection of Kontakt instrument from the distorted sounds of 20 years old Radio-shack Vox Voice Recorder.
Sounds are divided into 3 categories: Ambient, FX and Synth-like. These sounds include drones, soundscapes, crash and fall-like sounds and distorted sounds. Most ambient sounds are looped without issue.

Most of the sounds are derived from the actual mechanical noise of the recording device, by physically toying with the buttons until malfunctioning, odd sounds were created. That being said, some of the sounds are the sound of mangled sounds on the tape itself, as the result of fast-forwarding or slowing down the tape dramatically (the shrouded, unrecognizable sounds being sounds included in Audio Reward’s Headphase).
There are some tuned tape ambiances where an empty part of the tape was sampled as it played and the static and hum was tuned to either major or minor.
A free folder is also included and named “Extra Instruments,” which consists of 6 samples and 5 NKI instruments, 51.8MB of samples uncompressed.
Contents of paid package:
82 Samples, 326MB uncompressed 28 NKI patches and 4 Multis
Requires full version of Kontakt 5.8.1 – not for Kontakt Player
The photosynthesis engine was used for the creation of all Kontakt patches