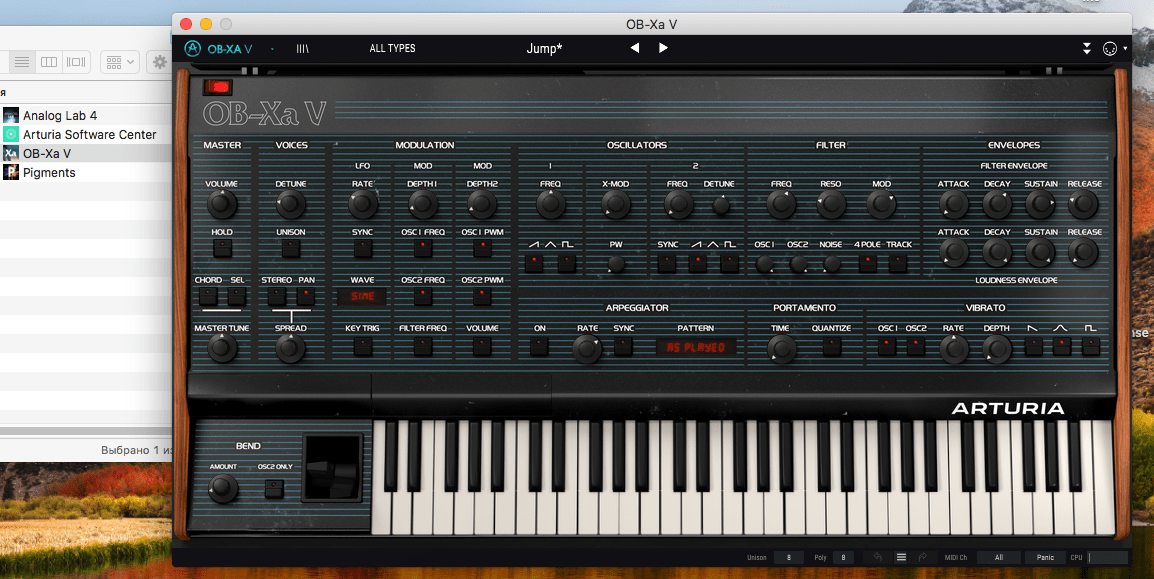 Description: Synthesizer Arturia OB-Xa V exactly recreates the juicy sound of Oberheim OB-Xa. An instrument that has long been lacking in the collection of the French company.
The Oberheim OB-Xa analog polyphonic synthesizer is known in the music industry for its bold and tangible sound. While Behringer is just working on a hardware clone of the device, and Tom Oberheim is pondering the development of a returning brand, the French Arturia has turned OB-Xa into a virtual instrument. The Arturia OB-Xa V synthesizer offers an exact reproduction of the original sound and is part of the Arturia V Collection plug-in line.

As the developers promise, the virtual synthesizer is completely ready to create whipy bass, chic spatial pads and juicy parts of electronic winds. The company notes that the OB-Xa V is supplemented by a number of features that were not in the original. So the synthesizer received the Stereo Spread function, a built-in arpeggiator and more LFOs. In addition to this, the virtual version has acquired an effects section.

Complete with the instrument comes a large collection of presets for different styles of music. The preset library contains dozens of pads and leads, basses, keyboards and winds, as well as other sounds. In addition, the collection included presets from compositions in the sound of which Oberheim OB-Xa occupies a key place: for example, there are presets Van Halen “Jump”, Prince “1999” and other famous tracks.