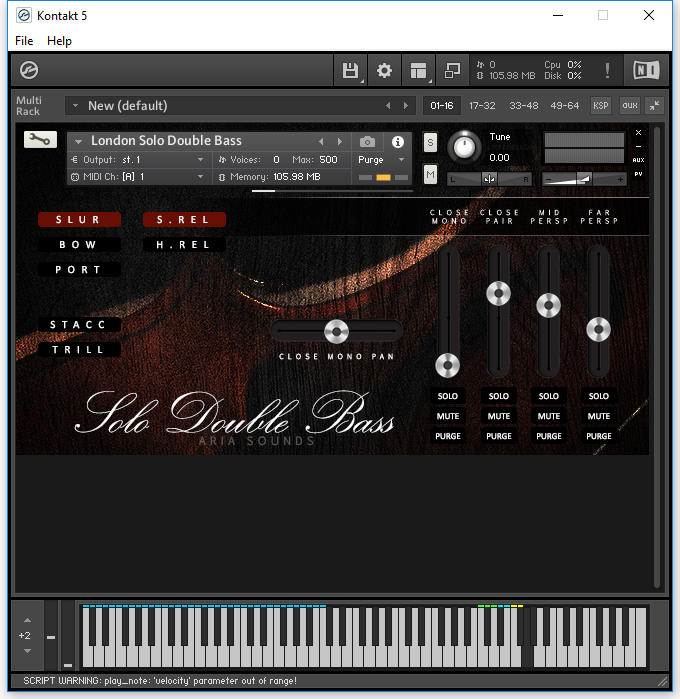 The “Solo Double Bass” is the fourth and final installment in our “LSS Solo Strings” Sample Library Bundle, complete with the same fantastic features as the rest of the LSS Solo Strings…

3 LEGATO MODES
Three legato modes were sampled – slurred, bowed and portamento. These are easily switchable during use via keyswitches, and one exceptionally useful feature, which we are shocked to say we rarely see in string libraries, is the ability to change bow on the same note. Simply hold the note you want to change bow on, and press the low G keyswitch

Staccato and whole tone trills are also included, with the staccatos having 24 variations per note so as to never sound repetitive – also switchable via keyswitch.

Another feature included is the ability to alter the release sound when the final note is played and released. A soft release is a normal removal of the bow from the string, but through keyswitching, you can also select hard release, which triggers a hard release.