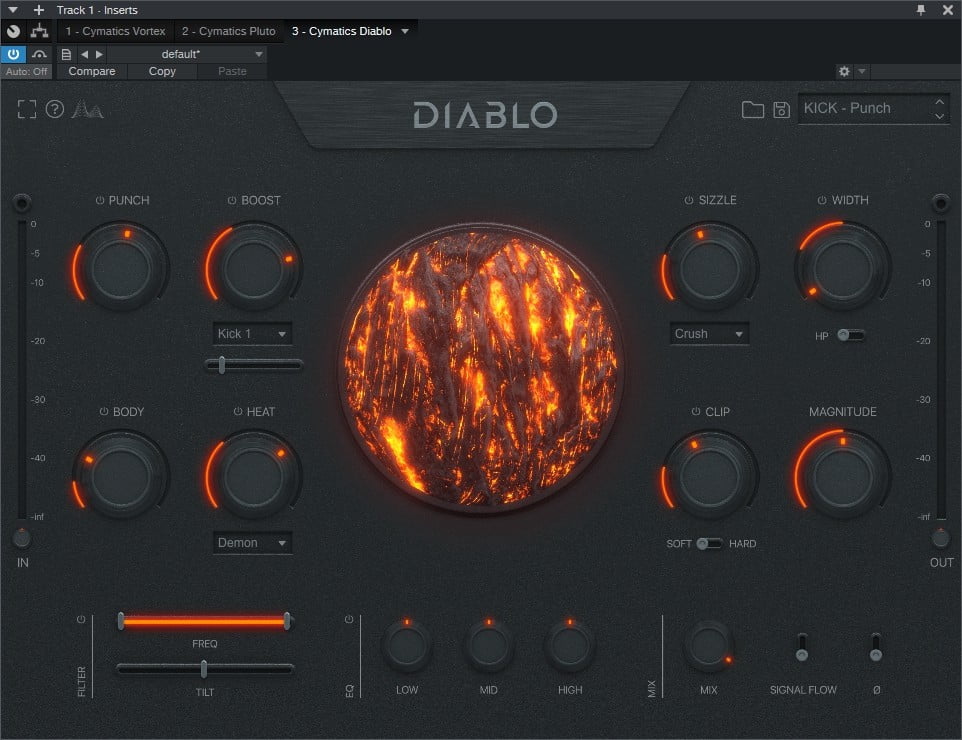 Description: Cymatics Diablo promises to make the kick sound “ten times harder”
Cymatics, an independent studio, has released the Cymatics Diablo enhancer. The novelty was created specifically for use on drum tracks and promises to make the kick “ten times more powerful.”
Cymatics Diablo is an enhancer that helps the drums get through the mix. According to the developers, the plugin increases the overall drum volume, but does not change the signal level. And thanks to 7 unique processing modules, you can use DIABLO in many different mixing situations.