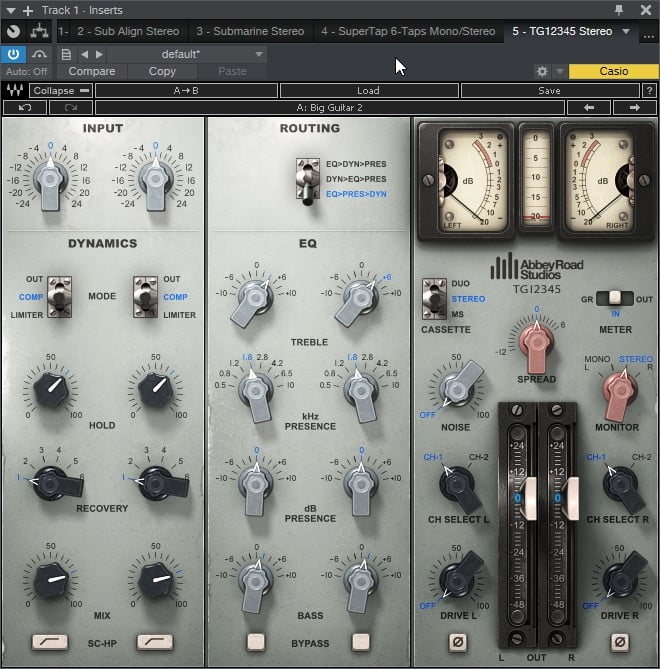 Description: Fully finished park of virtual effects and instruments from A to Z of the highest quality and with support for 64-bit systems! With faster scanning, loading and processing times, Waves V10 opens up new dimensions of the power of high performance plugins. Perhaps the most famous name in the world for professional audio effects processing manufacturers. Mastering, music mixing, post-production, audio restoration, dynamics processing, equalization, noise reduction, emulation of classic analog devices are all available with the Waves Complete Collection. Waves is the choice of most recording studios. Plugins are rightfully considered one of the best and they will instantly connect to your working project and will be ready to go right away. Upgrade your Waves now.

* All launches of installations, kijens, patches are done on behalf of the administrator with any installation and activation. Nowhere and no folders from where / where the installation will be carried out along the entire path, at the entire address, should not contain Cyrillic characters (except for system folders of the Users type). Also, the computer name and account must be in Latin. You must be on the system with administrator rights. In the system for these plugins, you must have Microsoft Visual C ++ 2005-2008-2010-2012-2013-2015-2017 installed, as well as .NET Framework. No need to create nesting dolls from 15 folders and download there. Due to the long file / folder names, there will be an error during installation. Download to the root of the disk.
Remove the previous version. Clear the system of all remaining folders and all registry entries.

1. Install Install_Waves_Central.exe
2. Run it c: Program Files Waves Central Waves Central.exe
3. Click Offline Installer, then on Browse under the Install from an Offline installer line and select the DISTRIBUTION folder: WC.11.12.05.20 WiN
4. Select the desired plugins from the list except for any libraries (where there will be labels opposite – SD or HD should be gray, not highlighted in blue)
and click on the Install button in the right part of the window.
5. After the installation is complete, run and apply Waves Complete patch

Recommended list of plugins to install:
Abbey Road Collection, Abbey Road Studio 3, Mercury, SSL 4000 Collection, OVox Vocal ReSynthesis, Content Creator Audio Toolkit, DTS Neural ™ Surround Collection, NX.bundle
and tools
Clavinet.bundle
Electric88.bundle
Electric200.bundle
Flow Motion.bundle
GrandRhapsody.bundle
Bass Slapper.bundle
Libraries for instruments are downloaded separately. When choosing what to install, libraries are not selected unless you plan to use the tools. If you plan and want the libraries to be installed immediately along with the plugins, then the downloaded Instrument Data folder with them before installation must be placed in … Distribution Waves.10.Complete.vXXXX Waves Installers V10, and in this case their to be noted in Wave Central.

If FL only displays WaveShell
In the FL Plugin Manager, add one more additional folder with VST plugins along the path C: Program Files Waves Plug-Ins V11, then forcibly rescan the plugins.